What happened 75 years ago, and why it matters. 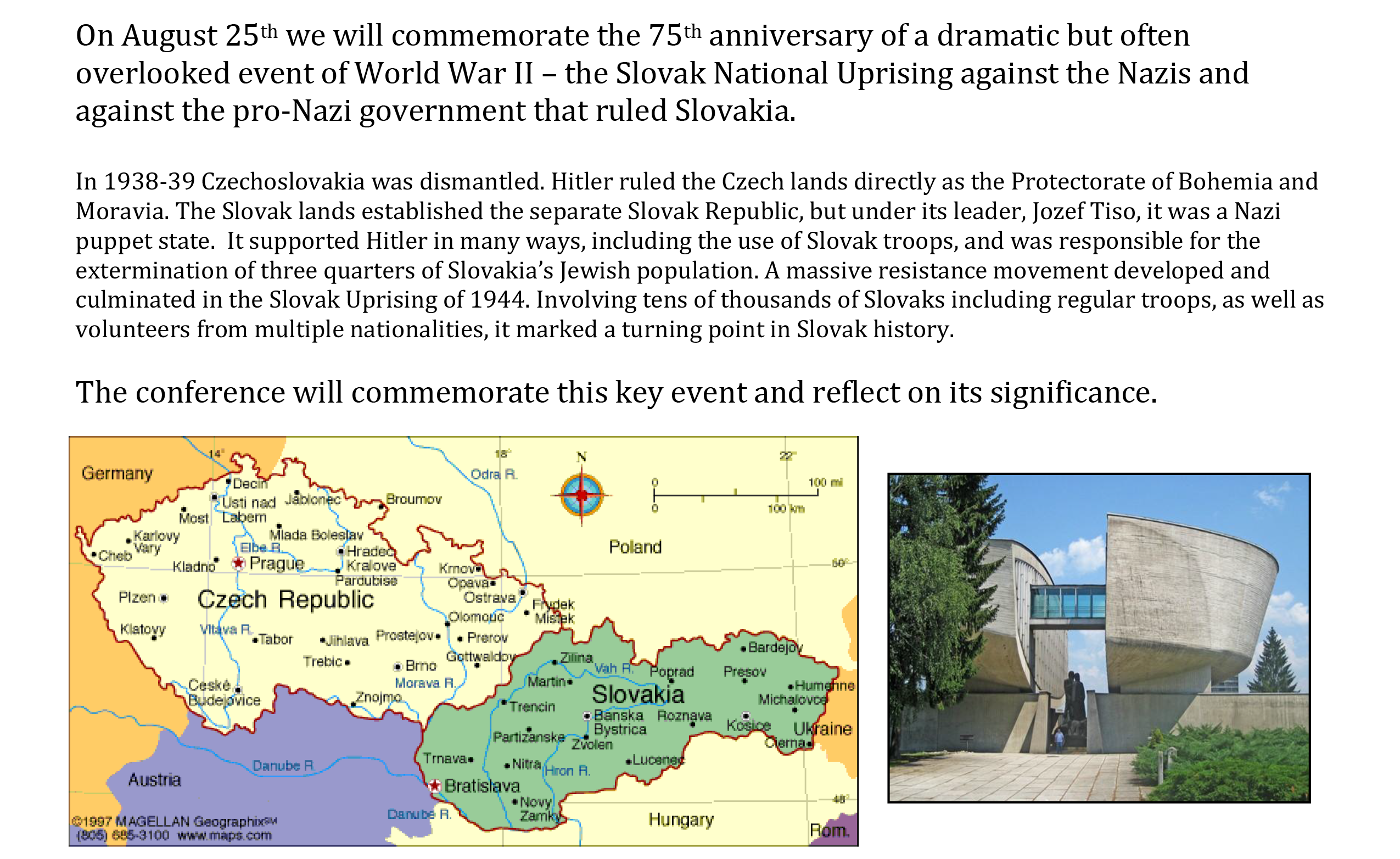 2:10pm A viewing of a Dušan Hudec documentary about the Slovak National Uprising

8:45am Setting the Historical Context – How the Slovak State (Slovenský Štát) Came to Be and Why It Provoked an Uprising Dr. John Palka, Professor Emeritus, University of Washington,
grandson of Milan Hodža, Prime Minister of Czechoslovakia

11:00am Presentation of the 15th Annual Prize of Milan Hodža – Learn more about this prize

12:15pm Showing of The Final Mission  By Slovak Film Director Dušan Hudec
Between 1943 and 1945, 46 U.S. bombers and eight fighter aircraft crashed in Slovakia. Eighty-eight airmen were killed and 380 captured as prisoners of war after parachuting or landing. Some crews escaped with the help of Slovak villagers and partisans.

1:15pm The Story Behind the Film and the 15th and 8th U.S. Air Force Fliers
Cecilia Rokusek, President and CFO, National Czech & Slovak Museum and Library

2:30pm When the Uprising Came to My Farm in Becherov
An eyewitness account of Demeter Kokosh

We would like to thank our sponsors for this event!
(Click on the sponsor’s image to learn more about them)